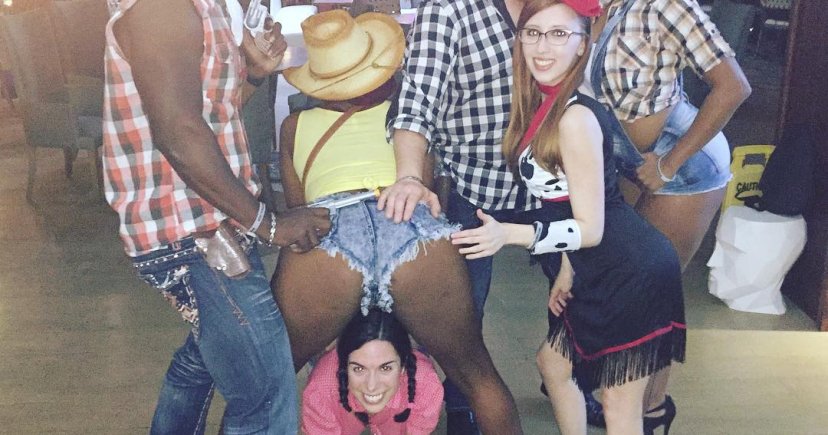 As much as we love our friends and family, sometimes after dealing with them for the entire Christmas holiday, all you want to do is just escape for a few days or a week to do something that is just about you. There is no better way to achieve that than by booking yourself for one of the incredibly adventurous, fun and sexy travel experiences listed right here on VACATIONPARTIES.COM. Here are 5 fantasy travel experiences happening early 2018 that may be ideal for you. 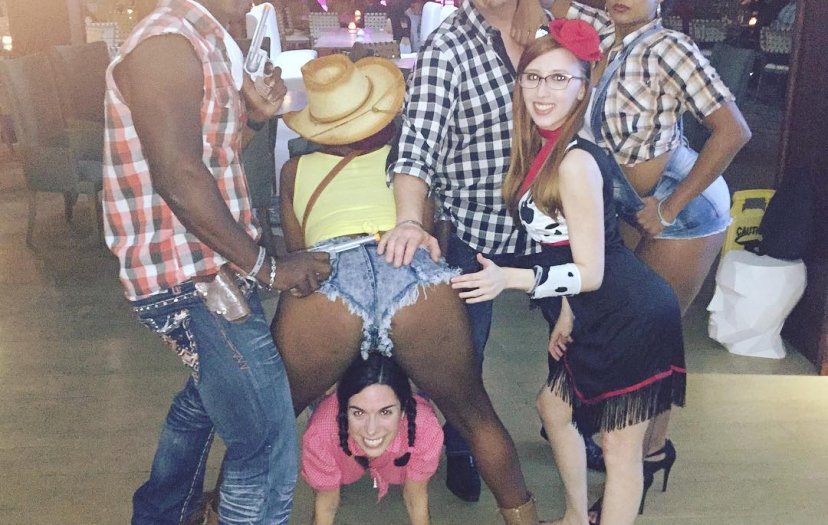 Hedo Kamasutra Week is an annual lifestyle event hosted at Hedonism II in Negril Jamaica during the last week of January. This event is not just for anyone, as it primarily caters to lifestyle couples and singles, which means you would have to be very open-minded to participate and enjoy this experiences. The 7-day event features nightly costume parties, clothing optional daytime parties and excursions, as well as classes and seminars geared towards couples, sexuality and intimacy. Hedo Kamasutra Week will be celebrating its 10th Annual Hosting in January of 2018, and it is expected to be a grand event. If you are an open-minded couple or single looking for a vacation experience of a lifetime with other like-minded adults, then this could be the vacation for you. 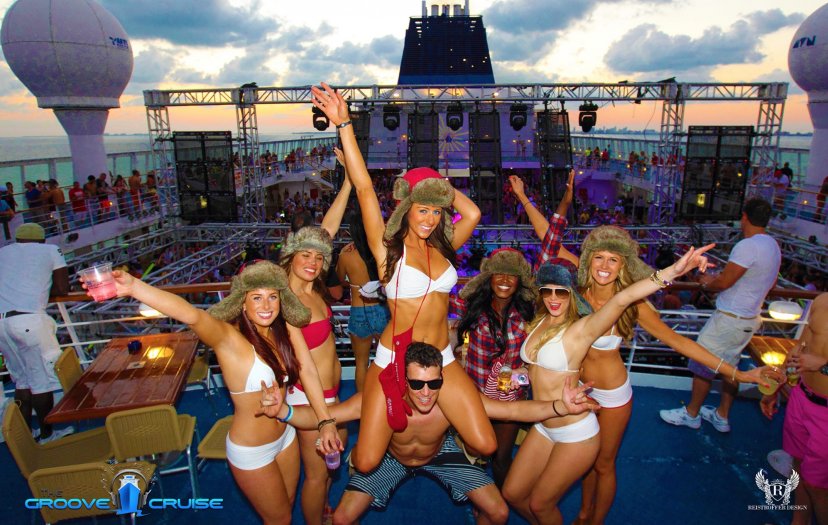 Groove Cruise is one of the most popular party cruises in the world. The 3-day party cruise is hosted twice annually, and the Miami Cruise is definitely the most popular. If you are looking for relaxation, then forget about attending Groove Cruise. If you intend to party for 3 days on very little sleep, while enjoying some of the best EDM DJs in the world, then this is the party. Groove Cruise 2018 will set sail from the Port of Miami on the 26th of January, and the lineup will include the likes of Dada Life, Jamie Jones, Gryffin and a long list of other incredible DJs. If you are ready to party non-stop for 3 full days, then jump on the next Groove Cruise 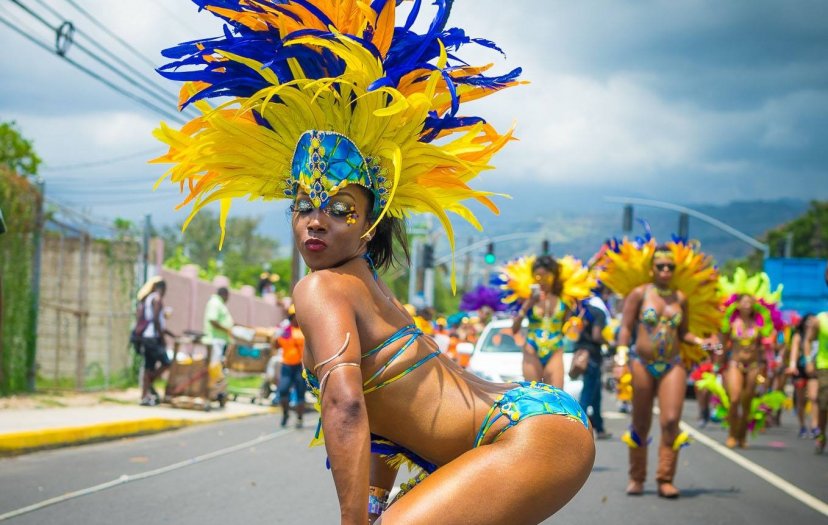 Carnival is an annual event held on the Monday and Tuesday before Ash Wednesday in Trinidad and Tobago. Carnival is the most significant event on the islands’ cultural and tourism calendar, with numerous cultural events such as “band launch fetes” running in the lead up to the street parade on Carnival Monday and Tuesday. The event is well known for participants’ colourful costumes, exuberant, no-behaviour celebrations. It is said that if the Islanders are not celebrating it, then they are preparing for it while reminiscing about the past year's celebrations. We start things up with our meet and greet event where you get to network with your fellow Islanders; then it's non-stop "pumping" from there until our farewell event - sleeping optional. But don't take our word for it... come experience it yourself. 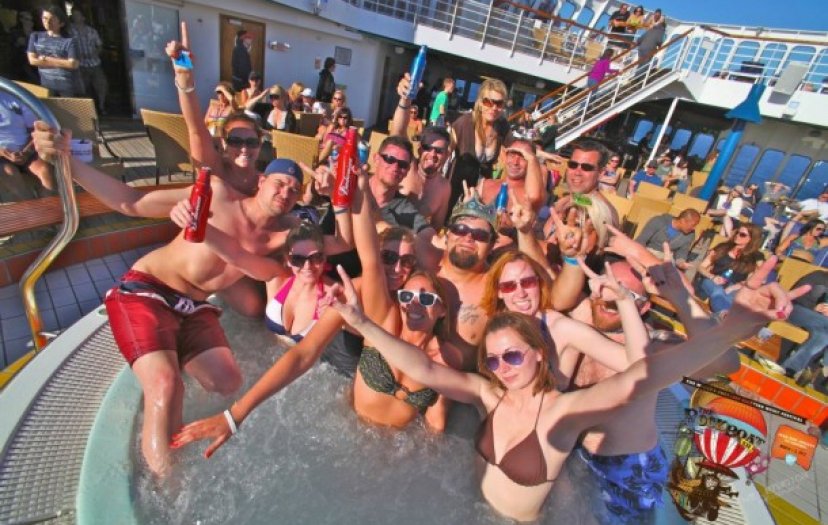 The Rock Boat concept was born in 2001 with a joint venture from Gainesville, Florida alternative rock band Sister Hazel and Atlanta, Georgia travel company Sixthman in a partial charter aboard the Carnival Jubilee. Sister Hazel was joined by the band Dexter Freebish and approximately 400 of their fans. The bands performed once on the ship, which sailed from Tampa, Florida to Cozumel, Mexico. The concept has grown to become an annual event. Destinations have included locations such as Mexico, Nassau, Bahamas, Jamaica, and Turks and Caicos. The event is always hosted by Sister Hazel and includes musicians from all over the nation. Past performers include: Tonic, Carbon Leaf, Gaelic Storm, Collective Soul, Cowboy Mouth, Pat McGee Band, Zac Brown Band, Michael Tolcher, Vertical Horizon, David Ryan Harris, Ingram Hill, Better Than Ezra, Marc Broussard, Wideawake, Stephen Kellogg and the Sixers, and many more. There are generally four or five performing stages constructed on the venue, and performances are scheduled from noon until 3 AM. However, many bands have been known to continue performing well beyond their scheduled set times and often collaborate on stage with other artists until dawn. The cruise has been described by Ken Block (lead singer and guitarist for Sister Hazel) as "Spring Break for people with jobs." 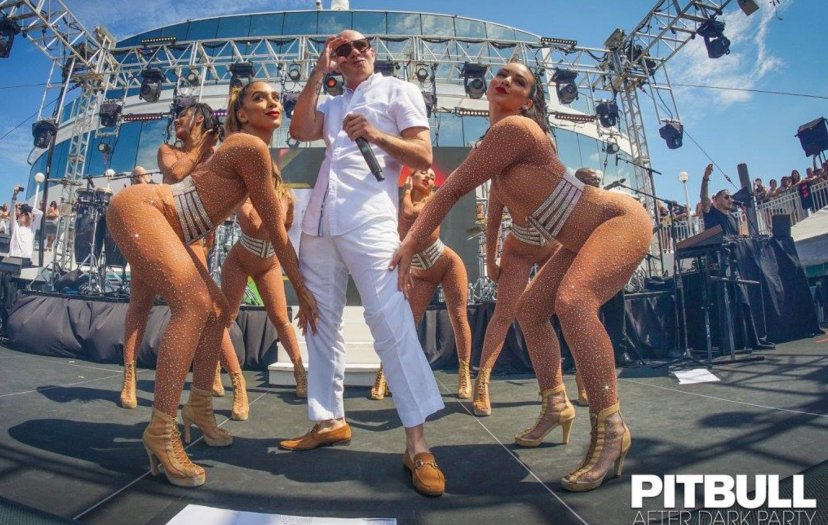 The hosts of this Annual party Cruise needs no introduction. Mr. Worldwide, or Mr. 305, whichever you want to call him is back with his 3-day floating festival. In 2018 the Cruise will set sail from Miami to Nassau Bahamas and will run for 3 days, from March 2nd – 5th. You can be one of the 2200 Pitbull fans that will be onboard the Norwegian Jade dancing the days and night away in warm tropical weather.

Learn About Pittbull After Dark